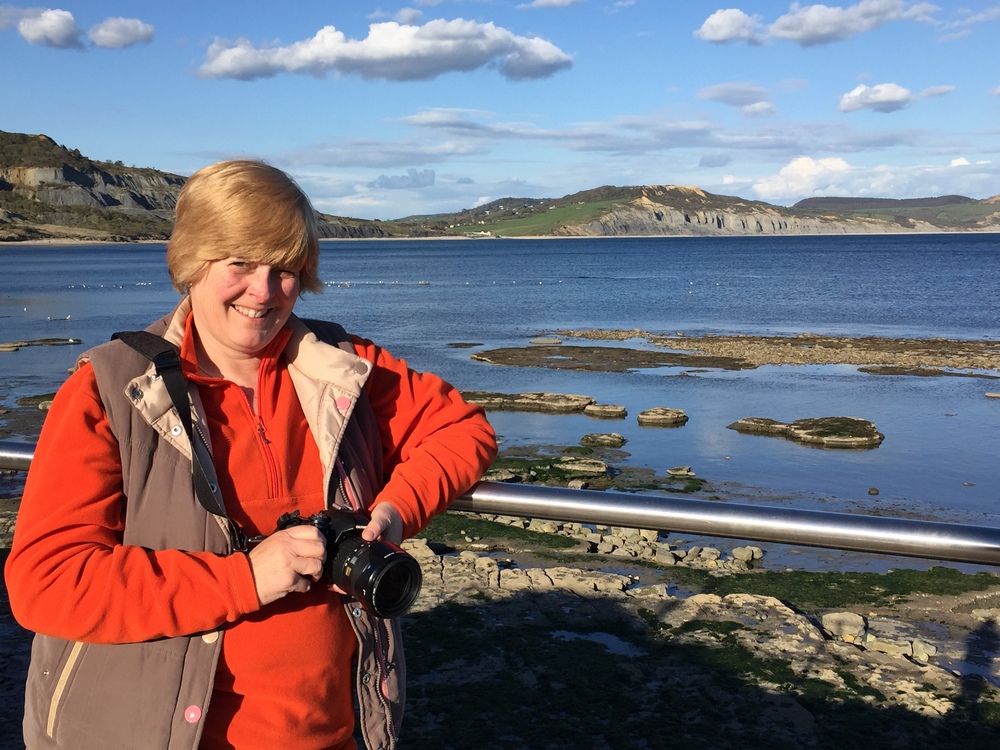 I've been working in the Department of Geology, National Museum of Wales, Cardiff since 1985, and act as curator and collections manager for the palaeontology section. I joined GCG in 1986, and have been sitting on the committee as Membership Secretary since 2007. I very much enjoy this role as it helps me get to know many of the members. It's a complex role as it involves keeping a very detailed spreadsheet of who's paid what and when, and also securely maintaining all your contact details.

When I'm not chasing members for their subscription, I'm usually to be found deleting old emails, tidying up stores, writing talks, or carrying out one of the many other curatorial duties we all do every day.

I enjoy talking about fossils, writing about fossils and generally interacting with them. I have two new species to my name so far - a Carboniferous crinoid and a Jurassic dinosaur - Dracoraptor. Otherwise I am also interested in the history of geology, especially fossil collecting and collectors, and museums. I also sit on the committees of the local GA and RIGS groups.